SARASOTA THROUGH THE YEARS

A BRIEF HISTORY OF SARASOTA COUNTY

TRAILBLAZERS IN THE CREATION OF SARASOTA COUNTY

Here are 27 movers and shakers who led the way towards breaking away from Manatee County.

Sarasotans turned out en masse to celebrate the split from Manatee County. Here, the parade leaves the temporary court house in the Hover Arcade and proceeds up lower Main Street – horns blaring and sirens wailing. Downtown Sarasota was filled with townsfolk, and a large American flag was hung from the center of the city hall building at the Hover arcade. A parade led by flag-draped cars and the Sarasota Brass Band marched up Lower Main Street toward Five Points and beyond. 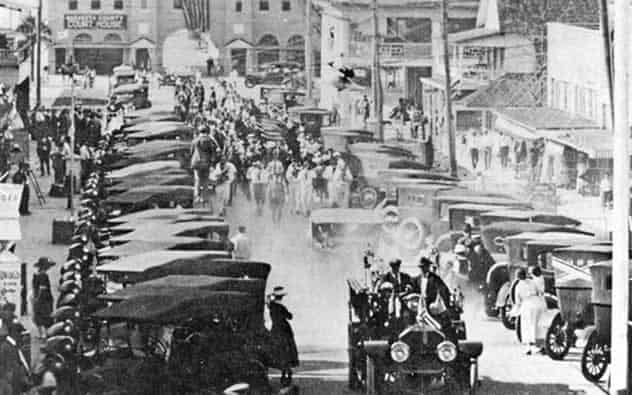 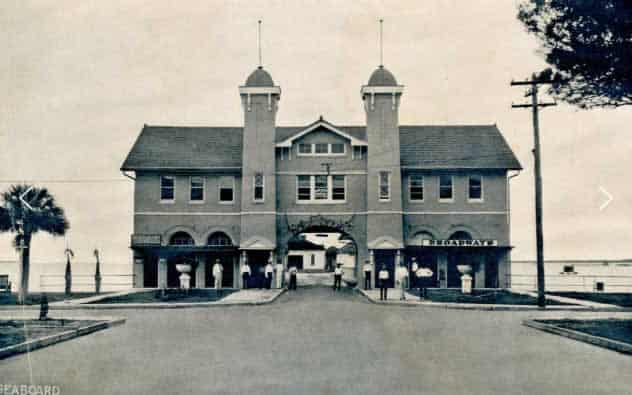 According to Karl Grismer, author of The Story of Sarasota, the land of Sarasota remained in Manatee County until July 1, 1921 when Sarasota County was created by state legislature. It passed the state legislature on May 11, 1921 according to the telegram, then it had to go to the citizens for approval as per the Sarasota Times piece. Then it was effective July 1, 1921 as per Grismer.

When a referendum approved the creation of Sarasota County, editor Rose Wilson added the word COUNTY to the name of the newspaper. 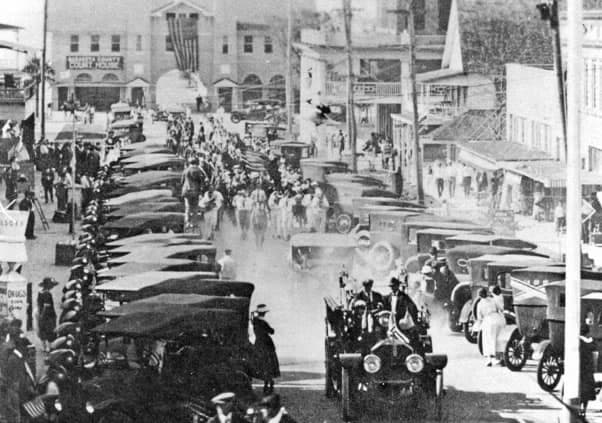 Sarasotans turned out en masse to celebrate the split from Manatee County in 1921. Here, the parade leaves the temporary court house in the Hover Arcade and proceeds up lower Main Street - horns blaring and sirens wailing. 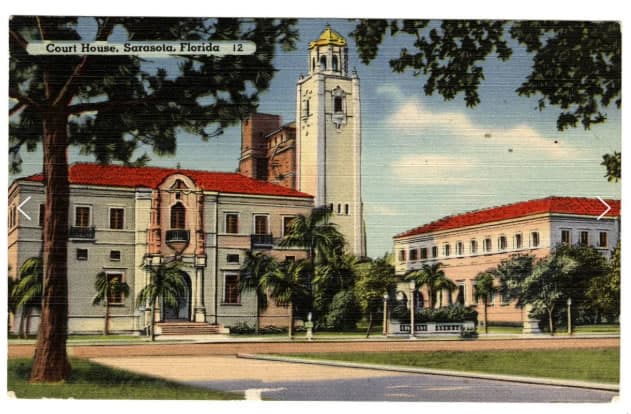 Vintage Postcard of the County Courthouse. By late 1924, the Board of County Commissioners began steps to construct a courthouse for the new county. Charles and Edith Ringling conveyed land for the building. In March 1925, the Commissioners hired nationally renowned architect Dwight James Baum to be the supervising architect. Built in the Mediterranean Revival style by Stevenson and Cameron, Inc., it was completed in February, 1927.

"PHOTOS FROM THE PAST"