Author and Poet Clarissa Thomasson will be speaking at the Green Street Church in Englewood as the Lemon Bay Historical Society again opens this historic building to the public. She will showcase her book Surviving Sarasota which highlights the lives of Sarasota County, Florida’s first American settlers.

Building a cabin in 1842 on a yellow bluff overlooking a bay he named “Sara Soto,” William Whitaker was the first American in the Florida territory to claim land in present-day Sarasota County, FL. In 1851, he proposed to Mary Jane Wyatt, famous in nearby Manatee Village for allowing Seminole Chief Billy Bowlegs to camp behind her house. Mary Jane was happy to move to the lonely cabin where she could fish, hunt, and herd cattle at will.

If the Whitakers desired solitude, however, that was far from the norm in years to come—with Bowlegs and his men as frequent visitors, renegade Seminoles cattle rustling and burning homes during the Third Seminole War, and escaped slave seeking asylum, Union sailors stealing and plundering at their home, and a final request to help one of the most famous Confederates to escape the country.

Thomasson has also written a poem for Sarasota County’s Centennial which can be viewed HERE. 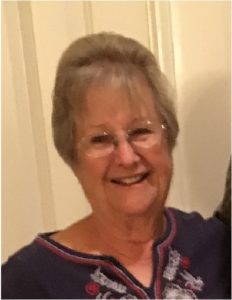 Her first two novels, Defending Hillsborough and Reconstructing Hillsborough were chosen by the North Carolina Association of Public School Librarians for use in the high school study of the Civil War. Lorinda’s Legacy was “pick of the month” at Greensboro, NC Barnes and Noble.

Her stage plays, “Over the Bridge” and “Florida Shadows” each won first place in the Clarence “Bud” Jones Playwriting Competition at the Firehouse Theatre in LaBelle, FL, in 2014 and 2015.

Thomasson is also a freelance writer–having written for GRAND magazine, Yesterday in Florida—where she won a 2005 Florida Trust for Historic Preservation Award for her contributions to Florida history—and Eastside Venice Neighbors—where she wrote monthly articles on Florida history. She is also a contributor for the Venice Gondolier.

All event submissions must be from Centennial Partners and approved by the Sarasota Centennial 2021 Committee.

This Website contains links to third party websites (“Third Party Sites”). The Sarasota Centennial Steering Committee is not responsible for any content or privacy policies for any Third Party Sites or their advertisers or clients.