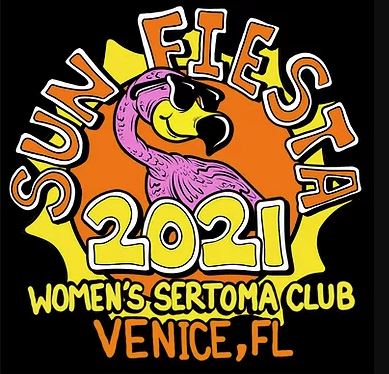 REGRETFULLY, THIS EVENT HAS BEEN CANCELED

The City Manager of Venice has pulled permits for large outdoor events in Venice.  One such event is Sun Fiesta.  The feeling is that with the “delta variant” going wild in Florida that to hold a large event  (even outdoors) which would draw a thousand people to Downtown Venice could prove harmful 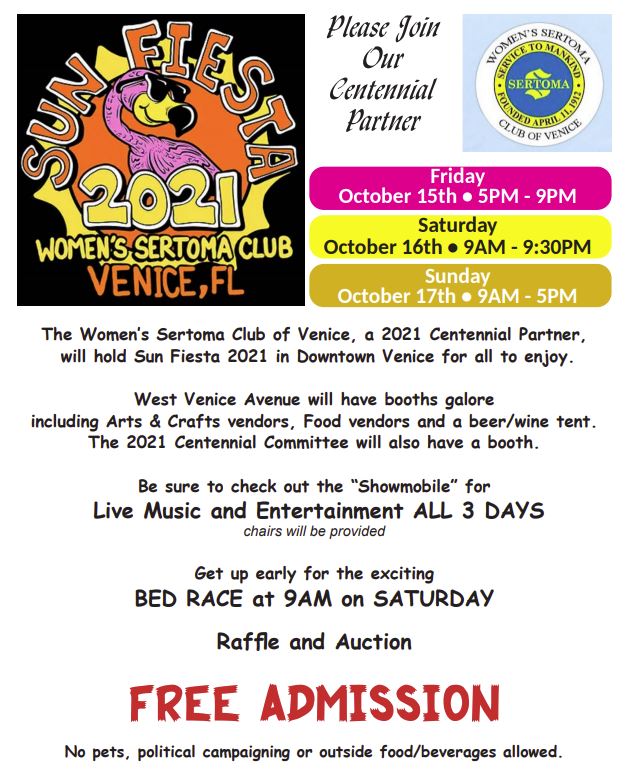 The majority of our scholarship funds are raised during the Sun Fiesta which Women’s Sertoma has sponsored and organized since 1994.

​The first official Sun Fiesta was in October 1973. It originated to provide the community its last chance to get together before the ‘snow birds’ started migrating in November! It has remained one of the most beloved events of the year for the citizens of Venice.

All event submissions must be from Centennial Partners and approved by the Sarasota Centennial 2021 Committee.

This Website contains links to third party websites (“Third Party Sites”). The Sarasota Centennial Steering Committee is not responsible for any content or privacy policies for any Third Party Sites or their advertisers or clients.